How to use virtual desktops on Windows 11 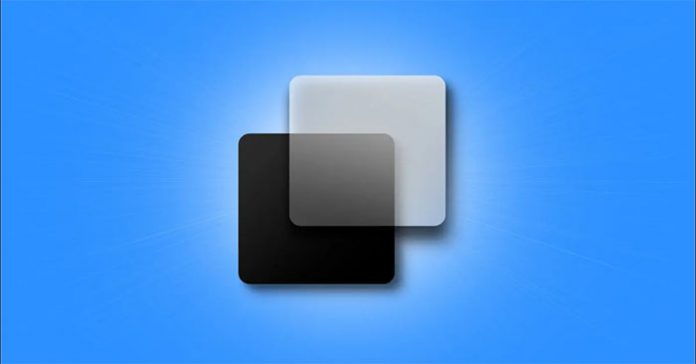 Windows 11 allows you to create custom layouts of applications on the system in various workspaces called “Virtual Desktops”. There, you can also switch between apps quickly using the Task View button. Let’s learn more about this feature right below.

What is a virtual desktop?

Usually, when we talk about the term “desktop” in Windows, we mean a special interactive storage space that is considered a background part behind all windows. This is also a special type of folder. You can assign the desktop a wallpaper you want and store application and folder icons on it.

However, the term “desktop” also refers to the particular arrangement of open application windows in front of that background, according to the previous layers of meaning in the history of user interface design. This means that the entire setup may be referred to as a “desktop” if you picture a table top covered with sheets of paper arranged in various configurations. The term “virtual desktops” – “Virtual Desktops” – refers to the second definition.

Thanks to a feature called Task View in Windows 11, you can have multiple “virtual desktops” on the same PC and switch between them easily and flexibly. Each of these desktops has its own arrangement of open windows and applications, but basically, the number of icons on them is still the same.

How to create and use virtual desktops

To get started, click the Task View button on the taskbar at the bottom of the screen. This button has an icon that looks like two squares, one dark and one light, stacked on top of each other. Or you can also press the Windows + Tab key combination to quickly open Task View.

(If you don’t see the Task View button on the taskbar, right-click the taskbar and select “Taskbar Settings“, then click the switch next to the “Task View” option to toggle it to the “On” position.)

After opening Task View, you’ll see a special screen that shows all your open application windows in one area near the top. You will also see a row of thumbnails appear at the bottom of the screen.

To add a new virtual desktop, click the “New Desktop” button with a plus (“+”) sign on it. Or you can press Windows + Ctrl + D on your keyboard. 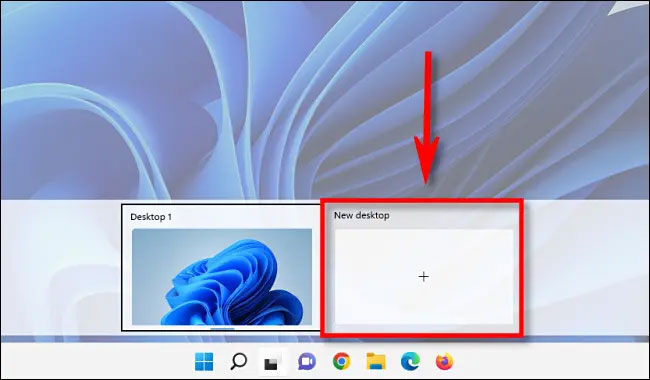 A new desktop (with a specific number) will appear in the list. To switch between virtual desktops, you just click on their corresponding thumbnails in Task View.

You can open applications and position their windows any way you want on the virtual desktop. The apps you open will also appear on the taskbar as usual.

When you switch to another virtual desktop, that arrangement will be preserved, and you can switch back later by clicking Task View again and selecting the corresponding virtual desktop thumbnail. How to delete virtual desktops in Windows 11

To remove virtual desktops in Windows 11, first open Task View. Then hover your pointer over the thumbnail of the virtual desktop you want to close until you see an “X” in the corner, then click or tap the “X“. Windows 11 comes with a bunch of easy-to-use keyboard shortcuts that let you interact with the virtual desktop more efficiently without using a mouse. You can be mentioned as:

I wish you a good experience with this feature!