Is Windows 11 good for developers? 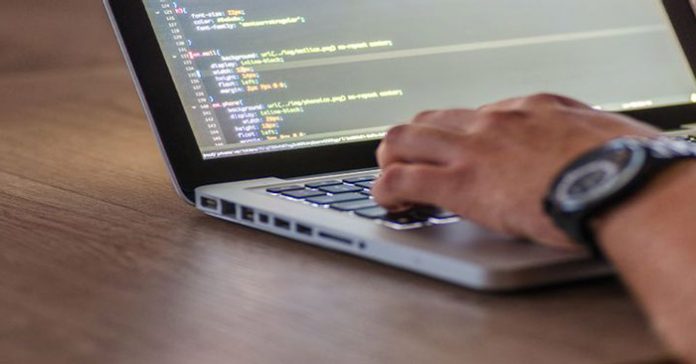 Since Windows 11, developers are curious to know how it will affect performance and flexibility, as well as whether they should upgrade to Win 11. Today, Thewindowsfan.com will take a look at how Microsoft has improved (or made worse) the new operating system for developers.

The redesigned Microsoft Store is among the exciting new features of Windows 11 that are widely available to developers.

Microsoft used to only allow UWP apps, which required developers to convert non-UWP programs to the UWP standard. This rule frequently discourages developers, which ultimately prevents the program from showing up on the Microsoft Store.

With the latest update, Microsoft also supports other types of applications such as Win32, PWA, and .NET. As a result, developers can now focus on more important areas of their apps, such as improving the interface.

E-commerce app stores like the Amazon Appstore and Epic Games Store will also be available directly on the new Microsoft Store. So effectively, any app developers that may have published on these stores (or others, which will be available in the future, according to Microsoft) won’t need to upload them separately to the Microsoft Store.

Perhaps the best move Microsoft has made is to encourage software developers. Previously, Microsoft reduced its share of app revenue from 30% to 15% to make the Microsoft Store more competitive.

In addition, Microsoft will allow developers to use their own commercial platforms or third parties to keep 100% of the revenue generated from their platform applications.

In short, Microsoft is now allowing multiple publishing of app formats and third-party store interfaces and giving developers the choice to keep 100% of the revenue. These three concessions make the latest update more appealing to the developer community than ever before.

Microsoft is creating new opportunities for app developers by bringing the Android world closer to Windows. While developers will have to wait a while, the promising Android support and Amazon Store integration will bring significant benefits to all parties. Microsoft is still working on integrating the Amazon Appstore with the Microsoft Store.

As Android apps start to be supported, it will give developer apps better reach and higher downloads. Users who have downloaded the app on their phone can also download it on their desktop. Moreover, this feature will help mobile application developers create applications that suit the needs of desktop users.

However, it is not possible to measure the effectiveness of this new feature until it is actually live and can be tried. Developers will have to wait a little longer.

Project Reunion and WinUI 3 have been renamed and updated in the user interface to become Windows App SDK by Microsoft. It does not, however, take the place of the current Windows SDK, and Microsoft encourages developers to adopt it “at their own speed”.

Internally, Microsoft continues to support Win32 and .NET applications and brings new APIs and application development tools to the table. The Windows App SDK aims to introduce APIs that help bridge the gap in various application models. Microsoft plans to reduce the gap and support developers.

Although it launches with Microsoft’s latest operating system, this update is still available for Windows 10 (until version 1809). So if you can’t find a reason to update, other than the improved Windows App SDK, you’ll eventually get an update for your version of Windows 10.

However, one important improvement is that Windows Terminal is now pre-installed on Windows. Downloading this application separately (as developers did on Windows before) shouldn’t be too much of a problem. However, the inclusion of Windows Terminal shows Microsoft’s interest in creating the best operating system for programming.

With Windows 11, Microsoft has dramatically improved the way you use the screen space for multitasking. First, Microsoft has highlighted the Snap Assist feature that was previously available on Windows 10 by improving the visuals.

1. Snap layout: When you hover over the maximize button, a pop-up window will show 6 different layouts for your screen. However, the number of options may vary depending on the screen size.

2. Snap groups: You can lock a layout you’re working on and minimize it from the taskbar. This helps you group your applications and switch between different combinations of windows.

3. External monitor layout: When you plug the monitor back in, all apps will restore the position they were in before unplugging.

All these options can be disabled from Settings > Multitasking.

Second, Microsoft has renamed the Virtual Desktops feature to Desktops only. Now, you can change the background for each Desktop to keep unrelated apps running separately.

Developers multitask more than most professionals. If other features support it effectively, external monitor support saves time spent rearranging apps. Compared to Windows 10, multitasking is an incentive for developers to upgrade.

Windows 11’s use of TPM 2.0, UEFI Secure Boot, and VBS features makes it more secure for developers, compared to most existing operating systems. Unauthorized third-party intrusion to access data on the drive is now more difficult than ever. Enhanced security is a plus for developers.

Windows 11 is optimized to focus all resources on the application that is being actively used. This optimization has made Windows work faster, and the developer community will benefit the most. In this video, the Windows Mechanics team has analyzed all the technical details.

Will Windows 11 bring success to developers?

By redesigning the Windows interface, introducing new software development tools, and encouraging developers to use them, Microsoft has given developers plenty of reasons to love its operating system and develop its use of the store.

On the other hand, the features of Windows 11 make it the best operating system available for developers. However, advanced hardware requirements can cause many developers to throw away their perfect “old” PCs just because the older hardware doesn’t fully support Windows 11.

Microsoft’s latest operating system is still in beta, and only time will tell how these improvements will play out.