Learn about MSIX, format a new installation file on Windows 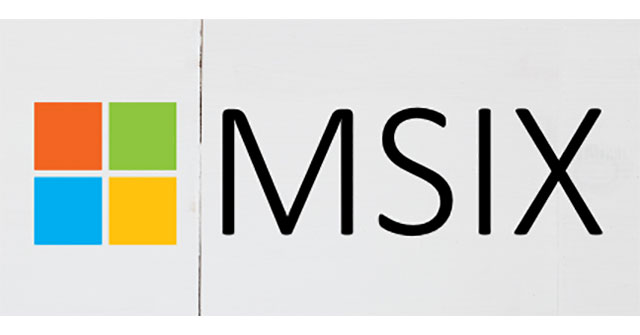 Windows users and system administrators have many ways to deploy or install applications on Windows, from MSI, the one-click installation tool, to App-V or APPX.

Recently, Microsoft introduced MSIX, a new solution that they hope will become the standard in the future. According to Microsoft, MSIX includes the best packaging solutions used in the Windows ecosystem.

MSIX is a cross-platform installer file that can support LOB applications as well as applications distributed via the Microsoft Store, Store for Business, or other methods.

What is the MSIX?

MSIX is an application package solution for Windows. Basically, the MSIX file is just a renamed .zip archive, compatible with any compression/decompression software to view and decompress files.

The benefits of MSIX

On Windows, software updates are not centralized. While Windows Store apps update via the Store, third-party software installed on the system updates independently. Whether built-in updates are supported or whether users/admins can manually download and install updates is all up to the developer. 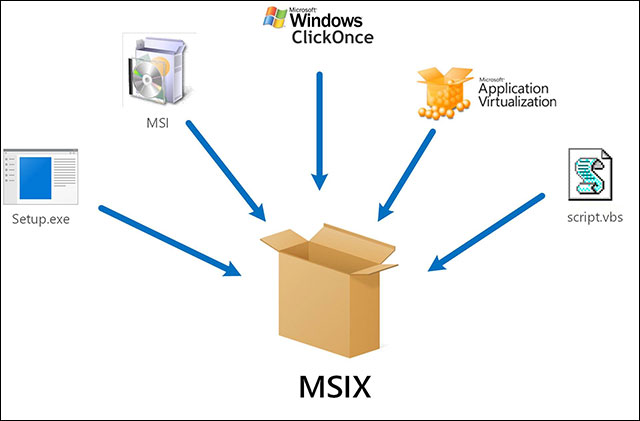 Microsoft also revealed the roadmap for MSIX in the future. Besides the mentioned features, there is also the possibility of integration with Intune and System Center ConfigMgr and support for Win32 software, which is currently not possible using Desktop App Converter.

From the Windows 10 October 2018 Update on, there will be MSIX support. Microsoft has released a preview of the MSIX Packaging Tool on the Windows Store for developers and users to download; just join the Windows Insider Program and have a valid MSA alias.