The keyboard shortcut Ctrl + Alt + Delete was created by a group of software engineers at IBM in the 1980s—1981—to start the computer faster when testing software fails.

The function of the keyboard shortcut Ctrl + Alt + Delete has some changes in each version of Windows.

Windows 95, 98: Ctrl + Alt + Delete helps to turn off programs that are “standing”. And to restart the machine immediately, you just need to press this Windows keyboard shortcut again.

In Windows XP, if you enable the Windows Screen feature, pressing Ctrl + Alt + Delete will open the Task Manager. Otherwise, it will assist in opening Windows Security.

In Windows Vista, 7 and 10, pressing Ctrl + Alt + Delete will launch Windows Security, which includes a variety of small functions such as shutting down or restarting the computer, opening Task Manager, changing accounts, and so on. 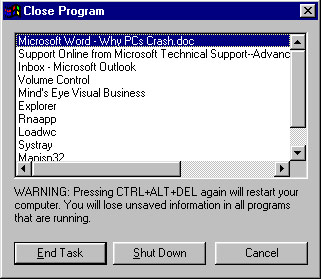 In Windows 98, 95, and earlier versions, when you press Ctrl + Alt + Delete, a message will appear telling you which programs are running. And depending on the different versions of Windows, it will allow users to turn them off, turn off or restart the computer, etc. In versions of Windows XP, Vista, 7/8/8.1, and 10 (Windows 10), Ctrl + Alt + Delete has an extra function to increase the security of the machine. To enable this feature, find the word “netplwiz” in the Start menu > open the Advanced tab > click on the line that says Require users to press Ctrl + Alt + Delete. After setting up, every time you open the computer, you need to press the key combination Ctrl + Alt + Delete, and the new login box will display. Those who do not know about this feature will not be able to open your device. 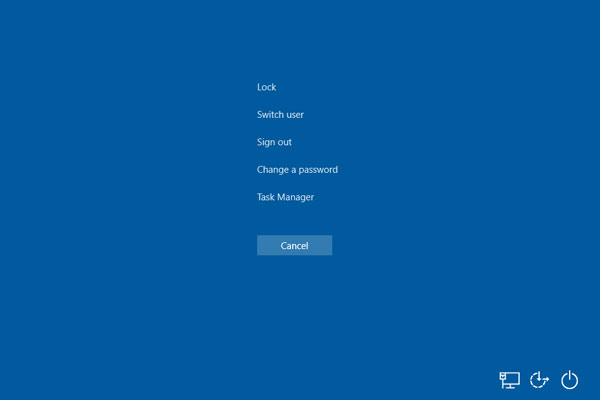 When using the machine, if you press the key combination Ctrl + Alt + Delete, Windows Security will open. Here, users can optionally open the Task Manager, change the User account, lock the screen, turn off or restart the device, etc. However, it is recommended that you only turn off the device this way when the device is frozen.