Why do computers crash so frequently? There are many reasons why your desktop or laptop computer hangs; it can be software or hardware, and sometimes it can also be due to an unstable power supply. Depending on the specific causes, we will guide you on how to fix them.

Software problem is causing the computer to hang

1. Computer infected with the virus

This is considered the most common reason. There are many viruses that cause operating system errors and crashes. You can fix it by using a reliable anti-virus program that does a full system scan.

Unfortunately, poorly written software is beyond your control. Whether it’s an old app that hasn’t seen updates in years or a lousy Chrome extension, you may have noticed that unresponsiveness only occurs when using a certain program. .

If you can determine which app is causing the problem, make sure you have the latest updates installed for it. Sometimes new versions can solve many kinds of problems. If that’s not an option, check out AlternativeTo.net instead.

If the problem is in your browser, try disabling each extension to see if that solves the problem.

3. Resources are not enough

One of the most common reasons why Windows is unresponsive is because it doesn’t have enough resources to run smoothly. Two components that frequently experience performance problems are RAM (memory) and the CPU.

The computer stores all running programs in RAM. If those processes take up all of the physical memory, the computer must use the page file, part of the storage drive, which essentially acts as spare RAM. See how to manage computer virtual memory for more information on this.

Even if you have an SSD, using the page file is much slower than actual RAM for this purpose. As a result, you’ll feel sluggish when your computer relies on the page file.

Open the Task Manager with Ctrl+Shift+Esc, switch to the Processes tab, and sort by the Memory heading to see which processes are using the most memory. Close programs if you don’t need them anymore and your system will recover.

So does the high CPU usage. Operations, such as encoding HD videos, consume a lot of CPU power. As a result, the system may become unresponsive while the CPU is operating at high intensity. Learn how to fix high CPU usage in Windows if this is something you often encounter.

Even if a particular piece of hardware doesn’t make the computer unresponsive, its driver still can.

For basic devices like a mouse or keyboard, Microsoft’s driver should work fine. However, using all the features of a device requires its own driver. Problems can arise if your installed driver is out of date, incompatible with the Windows version, or for the incorrect device.

The general rule with drivers is that you shouldn’t touch them if everything is working properly. Third-party driver update utilities are often “shady” and can cause more damage than they can fix. If you suspect a driver problem, Thewindowsfan.com has covered how to safely replace outdated drivers.

The registry is a database in which Windows holds all kinds of detailed information about the system and its configuration.

In most cases, the Registry will work fine without your intervention. The article actually recommends that you avoid using Registry cleaning software because it is quite useless and can be dangerous. Even if there are old entries in the Registry, cleaning up thousands of errors offers no performance benefit.

If your Registry is so messed up that it makes the system unresponsive, you’ll probably need to reinstall Windows. This should not be done unless you make a mistake while editing, use a Registry cleaner, or are infected with malware.

Thankfully, Windows 10 comes with Windows Defender, which is a good enough antivirus solution for most people. However, if you choose to use something else, you should make sure it doesn’t cause performance issues.

Running multiple anti-virus programs will often cause them to conflict with each other and slow down the system. If you want to use a second antivirus, use an option like Malwarebytes, for example.

Alternatively, try using a free online virus scanner like VirusTotal. These allow you to scan a file with dozens of different antivirus applications at the same time, making sure that your file doesn’t miss anything.

Besides, make sure you use one of the best Windows antivirus suites. Avoid unknown applications, as they may not be well optimized and thus cause system slowdowns.

Once you eliminate all of the above scenarios, it’s possible that the stability problem is due to some adjustment you’ve made to Windows.

Changes in the Control Panel or Settings app won’t interfere with the system, but using third-party tools to customize Windows could break something unintentionally.

Think about the tools you used to ensure your Windows 10 privacy, adjust the Taskbar, or make similar deep changes. Consider reversing those if you can’t find any other source of instability.

Hardware problems are causing the computer to freeze

Another common cause of computer crashes is RAM memory errors. You can download the Memtest86 utility to check if your RAM is damaged.

If the RAM is damaged, the best way is to replace the components with new ones. If the RAM still works normally, you should clean and re-plug the RAM stick to strengthen the contact area.

To clean and re-insert the RAM, follow these instructions: Turn off the machine and unplug it from the power source. For desktop computers, open the case. Consult the manual if necessary to locate and re-insert the RAM. Push the two RAM locking levers on either side and pull out the RAM stick. Then, plug the RAM stick back in, paying attention to the RAM slot to clearly see the fixed edge on the slot and RAM. Place the RAM so that the slot on the RAM pin coincides with the RAM slot on the main. Finally, close the latch. For laptops, the RAM is usually behind the labeled lid. Twist the latch to open the cover, pull and hold the RAM clamp, and then pull the RAM toward you at a 45-degree angle and push the RAM out of the slot. Then, insert the RAM into the slot at an angle of 45 degrees and rotate it gently until the lever clamps the RAM firmly.

A damaged processor can lead to crashes. There are cases where the CPU has failed but is still functional. When the system requires too much processing, the CPU cannot respond and causes crashes. If the CPU is still working properly, it’s possible that its cooling fan has a problem, not cooling the CPU when it is running.

The solution is to clean the CPU fan and replace the thermal paste.

If the computer freezes when you restart the operating system, end the command line mode, and start to enter the graphics screen, or when the computer is dealing with high-resolution images or playing heavy games, it may be a problem caused by video card errors.

Applies to desktop computers: Tighten the screws and push the rear latches to remove the desktop video card. Then, push the card straight into the slot and screw it back in place.

Loose hardware connections will cause the computer to flicker and lead to crashes. In this case, plug in all the cards and ports on the desktop.

If a piece of hardware is not fully compatible with the Windows version, it can cause stability issues. Usually, hardware problems lead to Windows crashing, because the operating system has no other options. However, these problems can also cause system freezes.

When this happens, think about how you recently connected some new hardware to your PC. Any printer, mouse, keyboard, USB, or other peripheral can be the source of the problem. If you use an outdated piece of hardware, replace it with a modern device and see if that helps.

With the help of compatibility modes and some adjustments, you can make outdated hardware work with newer versions of Windows. However, in many cases, this is very difficult to do. Running legacy software on a modern PC is often easier than using ancient hardware.

1. Check temperature. If your computer supports temperature monitoring, use the provided utilities to check the temperature. Any component with a temperature greater than 60 degrees Celsius is considered the culprit.

2. Determine if the blower is damaged. If the blower does not run while the machine’s temperature is too high, it needs to be replaced. If the fan on the laptop is faulty then you need to bring it to a repair center for replacement. 3. Additional PC cooling fans are required. In mm, propeller width is expressed. The usual dimensions are 80, 92, and 120 mm. You must purchase a fan that fits the machine’s space. 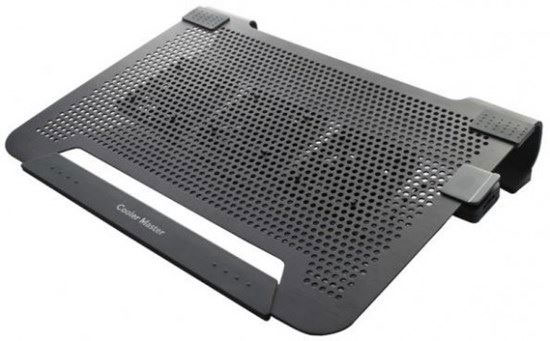 Heatsink for the laptop

4. With desktop computers, you can also add a cooling fan for the RAM in the computer.

A flickering power supply or insufficient capacity to supply all components of the computer will also cause the machine to hang or stop working. To fix it, you need:

1. Always make sure your computer is plugged into a stable source.

2. Try the computer at different electrical outlets in the house.

3. Plug the computer into an uninterruptible power supply or UPS.