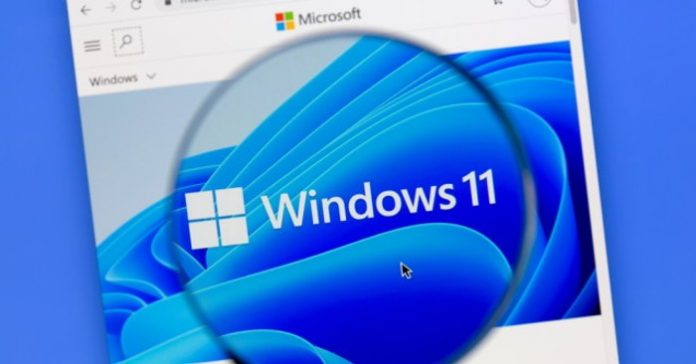 The list of known bugs are issues that have been acknowledged by Microsoft on Windows 11. Microsoft also reveals on its support page that this list contains both bugs that are still open and defects that have been fixed in the previous 30 days.

Applications that use the Win32 API for color rendering might not work as expected.

After installing Windows 11, some photo-editing software may not display colors on common HDR monitors correctly. This mistake makes white seem in bright yellow or other colors.

This issue arises when particular Win32 APIs produce unexpected return colors, information, or errors. Microsoft is presently looking into the problem to determine the best solution.

Intel and Microsoft have discovered that some versions of the Intel Smart Sound Technology (Intel SST) driver are not compatible with Windows 11. Devices running Windows 11 that are impacted by this problem can get a blue screen error.

In order not to affect the user experience, Microsoft has temporarily blocked updating from Windows 10 to Windows 11 for computers with Intel SST errors. Whether you missed an update, you can try installing the most recent Intel SST driver to see if the problem is solved.

Microsoft recommends that users do not arbitrarily use other methods to force a computer with an Intel SST driver error to install Windows 11.

Microsoft will release an update in the near future that fully resolves this problem.

Microsoft Installer encountered an error while updating or fixing the application

After installing KB5007215 update version or later, Microsoft Installer (MSI) encountered an error while updating or fixing the application. Among the affected applications are several applications from Kaspersky. Affected apps won’t be able to open after trying an update or fix.

To solve the problem, you need to uninstall and reinstall the latest version of the app. You can also update to KB5007262 to resolve the issue.

Error: cannot open some built-in applications, such as Snipping Tool

Microsoft has just confirmed that Windows 11 has an error that prevents it from opening some built-in applications such as Snipping Tool. This error comes from an expired Microsoft license. To minimize some of the impact of the error, Microsoft recommends that users update to KB5006746 early. A complete solution has not yet been released by Microsoft.

Many users reported that their computers experienced a decrease in performance after updating to Windows 11. After investigation, Microsoft concluded that these computers all use AMD Ryzen CPUs. The performance drop is quite significant, up to 15%.

Microsoft has worked closely with AMD to release a fix for the recently released KB5006746 update.

Error: could not pass the correct print properties to the client

This error does not prevent the user from printing the document. However, printing parameters and properties will not be passed from the server to the client. This results in the client printing only under the default settings.

This problem occurs with the device accessing the printer through the print server using an HTTP connection.

This problem affects organizations and businesses that share an IPP printer via printer connections.

Error: Incompatibility error related to applications that have non-ASCII characters in the Registry key

Microsoft has just confirmed a new issue that can cause problems for people upgrading to Windows 11. It’s caused by Windows 11’s failure to handle non-ASCII characters in the Registry well.

With Windows 11, incompatibility issues have developed in applications that use certain non-ASCII characters in the Registry key or its subkeys. Affected applications will not be able to open on machines that have already been installed. install Windows 11 and cause other problems and errors, like blue screens. Registry keys affected by non-ASCII characters may not be repaired.

Non-ASCII characters are commonly used for non-Roman alphabets such as Chinese or Tamil.

Because of this problem, if there are applications in your computer’s Registry that use non-ASCII characters, Microsoft will not provide you with Windows 11 updates. Microsoft also recommends that you do not try to force the system to update using the Media Creation Tool.

Microsoft is currently actively investigating the cause of this issue, and a fix will be available soon.

Some computers that are eligible to upgrade to Windows 11 still receive a message that they don’t meet the system requirements for Windows 11. Microsoft acknowledges the problem and promises to fix it in the future.

In fact, this issue was reported by a Windows Insider Dev Channel user last month. Currently, Microsoft has also released a patch for the Dev Channel for testing. If there are no problems, the patch will be rolled out to everyone soon.

Microsoft and Oracle have found a compatibility error between VirtualBox and Windows 11 when Hyper-V or Windows Hypervisor is installed. This results in you being unable to start virtual machines (VMs).

To ensure a good user experience, Microsoft will block updates on computers with problems. If you have updated Windows 11, you need to remove Hyper-V or Hypervisor to temporarily fix it until Microsoft and Oracle release a specific solution.

Microsoft has discovered some compatibility issues between some Intel networking software (Killer) and Windows 11. Devices with affected software may drop User Datagram Protocol (UDP) under certain conditions. This creates performance problems and other problems for UDP-based protocols.

For example, some Web pages may load slower than others, and videos play slower at certain resolutions. UDP-based VPN solutions will also be slower. This problem may be fixed in the update version due on October 12.

Error: Compatibility error between the Coccoc browser and Windows 11

Update due on 10/12/2021: Coccoc claims that their browser is still stable on computers running Windows 11. In addition, they have also contacted and received a response from Microsoft that the problem This incompatibility issue is caused by a bug in Windows 11.

Microsoft discovered a compatibility error between the Coccoc browser and Windows 11. This error may prevent Coccoc’s browser from opening and cause errors or other problems on some devices.

To ensure a good user experience, Microsoft will block updates on computers with problems. Microsoft is actively investigating and will provide updates as soon as possible. Microsoft also recommends that users not attempt to install Windows 11 using the Update Now button or using the Media Creation Tool until the issue is resolved.

Above are some known errors in Windows 11 up to the present time. The administrator will continue to update as new information becomes available.